The Most Dangerous Game by Richard Connell 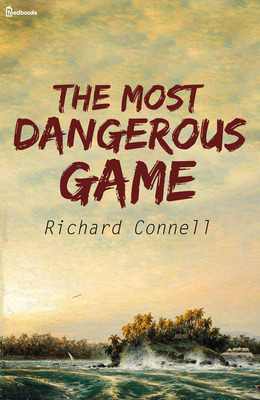 Sanger Rainsford and his friend, Whitney, travel to Rio de Janeiro to hunt the region’s big cat: the jaguar. After a discussion about how they are “the hunters” instead of “the huntees” Whitney goes to bed and Rainsford remains on deck. While Whitney returns to his quarters Rainsford hears gunshots, climbs onto the yachts’ rail to get a better view of the nearby Ship-Trap Island, and falls overboard. After he realizes he cannot swim back to the boat, he swims to Ship-Trap, which is notorious for shipwrecks. He finds a palatial chateau inhabited by two Cossacks: the owner, General Zaroff, and his gigantic deaf-mute servant, Ivan. Zaroff, another big-game hunter, knows of Rainsford from his published account of hunting snow leopards in Tibet. After inviting him to dinner, General Zaroff tells Rainsford he is bored of hunting because it no longer challenges him; he has moved to Ship-Trap in order to capture shipwrecked sailors, whether due to storms or by luring vessels onto the rocks. He sends them into the jungle supplied with food, a knife, and hunting clothes to be his quarry. After a three-hour head start, he sets out to hunt and kill them. Any captives who can elude Zaroff, Ivan, and a pack of hunting dogs for three days are set free; however, no one has eluded him that long. Zaroff invites Rainsford to join him in his hunt, but Rainsford is appalled by Zaroff’s motives and refuses. Zaroff then tells Rainsford that he can choose whether he will be the next to be hunted or whipped to death by Ivan; Rainsford chooses to be hunted.