Victor Frankenstein, a student of medicine in Geneva, engenders a creature like a man. With a supernatural strength, this creature inspires terror among everyone who crosses its way, but it only desires love and comprehension. 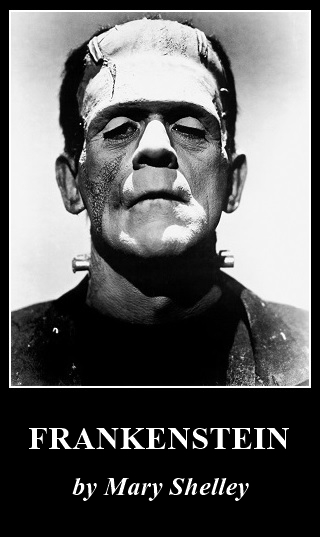 Doctor Frankenstein abandons his creature at its own, but it follows him until his home where it demands a pair like it. However, Frankenstein’s remorse leads him to destroy the female he was creating and the creature swears to get its revenge.

“I closed not my eyes that night. My internal being was in a state of insurrection and turmoil; I felt that order would thence arise, but I had no power to produce it. By degrees, after the morning’s dawn, sleep came. I awoke, and my yesternight’s thoughts were as a dream. There only remained a resolution to return to my ancient studies and to devote myself to a science for which I believed myself to possess a natural talent. On the same day I paid M. Waldman a visit. His manners in private were even more mild and attractive than in public, for there was a certain dignity in his mien during his lecture which in his own house was replaced by the greatest affability and kindness.I gave him pretty nearly the same account of my former pursuits as I had given to his fellow professor. “