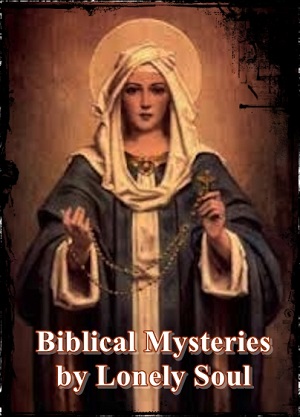 — Does the Devil really exist?
— Was Mary Magdalene secretly married to Jesus?
— Where is Hell located?
— What was in the Lost Gospels?
— Who was the mysterious Beloved Disciple?
— Is there a divine language?
— Can people be possessed by demons?
— Why did Jesus call himself the Son of Man?
— And many more …

According to the gospels, the main charge against Jesus was that he claimed to be the king of the Jews. The Roman soldiers were mocking this idea when they dressed him in a purple robe and pressed a crown of thorns onto his head. This was also the charge written on the sign at the top of the cross.
But the charge was false. The enemies of Jesus had concocted it by twisting the meaning of the old Jewish prophesies about the coming of the Messiah.
According to those prophesies, the Messiah was a great future leader who would appear during a period of extreme desperation and crisis known as the End Times (or Last Days). Assisted by God, he would overthrow all evil oppressors and set up a perfect kingdom on earth, where all the righteous people could live forever in peace and joy.
During the years when Jesus was growing up, many people believed that the End Times had already arrived, and that the Messiah would soon appear. This belief was especially strong in Galilee, the region of Palestine where Jesus lived. And the belief grew even stronger when John the Baptist began proclaiming that all the prophesies about the Messiah would soon be fulfilled.”