Poor and plain, Jane Eyre begins life as a lonely orphan in the household of her hateful aunt. Despite the oppression sheendures at home, and the later torture of boarding school, Jane manages to emerge with her spirit and integrity unbroken. 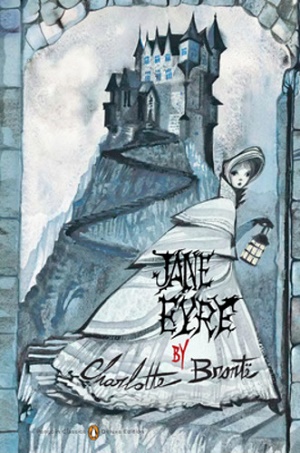 She becomes a governess at Thornfield Hall, where she finds herself falling in love with her employer—the dark, impassioned Mr. Rochester. But an explosive secret tears apart their relationship, forcing Jane to face poverty and isolation once again.

“Because,” he said, “I sometimes have a queer feeling with regard to you—especially when you are near me, as now: it is as if I had a string somewhere under my left ribs, tightly and inextricably knotted to a similar string situated in the corresponding quarter of your little frame. And if that boisterous Channel, and two hundred miles or so of land come broad between us, I am afraid that cord of communion will be snapt; and then I’ve a nervous notion I should take to bleeding inwardly. As for you,—you’d forget me.”