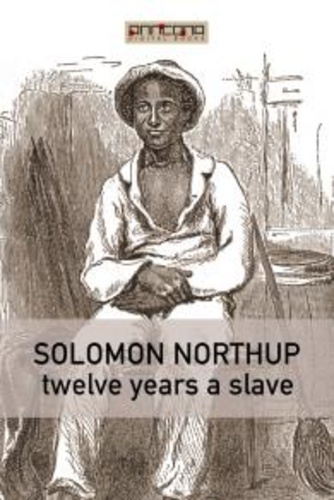 Twelve Years a Slave is the story of Solomon Northup, a free black man and resident of New York, who was kidnapped in 1841 and sold into slavery. He was rescued in 1853 after spending 12 years as a slave. Northup tells the story of how two men approached him under the guise of circus promoters who were interested in his violin skills. They offered him a generous but fair amount of money to work for their circus, and then offered to put him up in a hotel in Washington D.C. Upon arriving he was drugged, bound, and moved to a slave pen in the city. He is sold as a slave and spent 12 years working on farms in the South. It is not until a white carpenter from Canada, Samuel Bass, arrives at the farm on which Northup works that he reveals his past of a free man. Bass would deliver letters to Northup’s wife that would start the legal process of earning Northup his freedom. This classic of American history sheds light on slavery and the life of slaves in the mid 19th century.

“ONE morning, towards the latter part of the month of March, 1841, having at that time no particular business to engage my attention, I was walking about the village of Saratoga Springs, thinking to myself where I might obtain some present employment, until the busy season should arrive. Anne, as was her usual custom, had gone over to Sandy Hill, a distance of some twenty miles, to take charge of the Culinary department at Sherrill’s Coffee House, during the session of the court. Elizabeth, I think, had accompanied her. Margaret and Alonzo were with their aunt at Saratoga.
On the corner of Congress street and Broadway near the tavern, then, and for aught I know to the contrary, still kept by Mr. Moon, I was met by two gentlemen of respectable appearance, both of whom were entirely unknown to me. I have the impression that they were introduced to me by some one of my acquaintances, but who, I have in vain endeavored to recall, with the remark that I was an expert player on the violin. At any rate, they immediately entered into conversation on that subject, making numerous inquiries touching my proficiency in that respect.